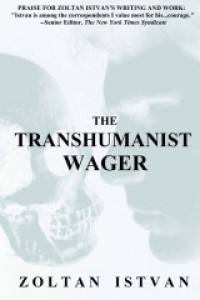 This book would stand up much better had the author not attempted to colour the philosophy with a storyline. As a work of "fiction" is high school level at best.
The premise of transhumanism is interesting, but I find it horribly cold and depressing.
The protagonist, Jethro Knights, is a one dimensional and crude character, while the storyline is absurdly far-fetched, and mundane. An elite group of scientists, who have formed the nation of (insert cringe here) Transhumania defeat the combined might of the world's military in just a few days, and humanity (with the exception of small pockets of resistance) embraces transhumanism and before long cures for cancer and cryogenic rebirth become the norm and everyone appears to go on and live happily ever after.
Really, this book would have so much more credibility if it had just been presented as a treatise on the philosophy of transhumanism.
As for the philosophy, it offers some thoughtful arguments, but it also strips away the nobler concepts of humanity. It is not evolution but devolution, where the greatest humans would be technologically advanced and cultured.......animals.
Tweet